In an earlier blog, I questioned whether the tailings dams at Waihi are earthquake safe

I have now received the latest reports on hazard/earthquake risk for all tailings dams. The reports are perfunctory and/or rely on obsolete research.  Waikato Regional Council has failed to properly regulate these critical structures.  The reports have strengthened my opinion that a fully independent reassessment of seismic safety is urgently required.

The URS Report on Golden Cross

The report contains a very cursory examination of seismic risk. Liquefaction is “dealt with” in just four sentences and seismic risk in one small paragraph.

The URS report rubberstamps two earlier reports regarding liquefaction issued by the same company (2000 and 2004).  The design as a “water retention structure” apparently makes the dam totally immune to these risks according to URS.

“Earthquake Induced Failure” is summarily dismissed as “inconceivable” with perfunctory and simplistic reasoning that the dam is a downstream method dam and therefore cannot fail.   Reliance is placed on a 20-year-old 1998 report from URS’s predecessor company.  According to this 1998 Report “massive cracking, larger movements and major slumping would be required to breach the embankment”.   Such as has just occurred thousands of times in and around Kaikoura maybe? 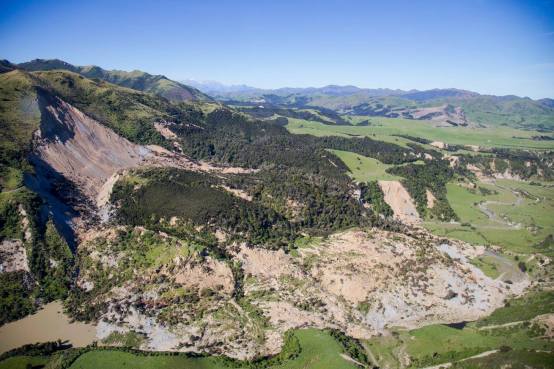 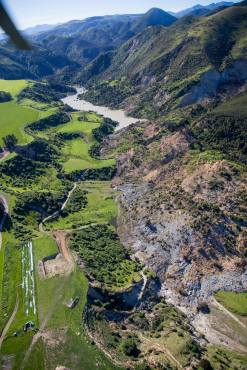 URS’s conclusion is – nothing to see here – move on – no need to even include earthquake induced failure in the quantitative risk assessment.

The URS report is dated August 2016.  The Hauraki District Council and WRC held a civil defence earthquake workshop on the GNS Report in November 2015.  Astoundingly, URS makes absolutely no reference to the Kerepehi Fault report or the increased seismic risk for the dam site in their report despite having known (or should have known) about it for 9 months, and despite the fact that Golden Cross is only 15km from the nearest segment of the fault.

The September 2016 reports on the two Oceana Gold tailings dams from Engineering Geology (EG) both contain an assessment of seismic safety.  Both reports rely on outdated data – a 2007 GNS estimate of seismic hazard, and a 2010 National Seismic Hazard Model which suggested a reduction in the rate of seismicity for Waihi.  There is a passing reference to the 2016 GNS Kerepehi Fault report but even though this report was known to the authors for at least 10 months, neither EG report takes any account of its findings.

As a result, the underlying assumptions about the severity and strength of an earthquake at the site are obsolete and underestimate the seismic hazard:-

Based on these outdated and conservative assumptions EG estimates that:-

“Permanent deformations of up to 40cm are predicted in the downstream shoulder on section H-H” and states “The deformations would not be expected to affect the integrity and ability of the embankment to safely contain tailings and ponded water”.

Would a Mw m7.4 earthquake-  5 times bigger and 11 times stronger – produce cracks 5 times  (2m ) or 11 times (4.4m) as wide, and make the dams vulnerable to failure?  How would more true-to-life assumptions about peak ground acceleration and distance from epicentre effect the dam failure modelling?  The Regional Council doesn’t think this situation is urgent.  Rather than regulate, require accountability and get truly independent expert advice as it should, the Council  has decided to kick the can down the road.  Even although is has specific up to the minute research on the nearest active fault, it is willing to wait for an updated nation-wide GNS National Seismic Hazard Model which may not be completed for several years.

Dr Ristau of GNS believes a subduction quake, where the entire zone ruptures, would produce an enormous earthquake in the North Island of at least magnitude 8.5 or greater.

Copies of the Reports are available by clicking on the links:-