Climate Change The Underlying Cause 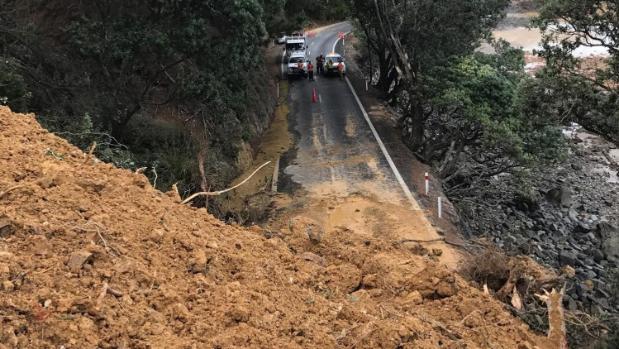 Thames Coromandel Mayor Sandra Goudie was right to put the heat on Transport Minister Simon Bridges about the spate of recent road closures on State Highway 25. It’s also good to see that there will be a public meeting in Coromandel to discuss the issue.

What is lacking is any recognition of the underlying cause of recent problems with our roading infrastructure – not just State Highway 25 but other local roads also.

We saw a hint of it from the NZTA spokesperson when she said –- “With the number of severe weather events rising.”  Welcome to the new climate reality and just how fragile our infrastructure really is. Climate change is not some vague issue we can put off for decades. Our District is being impacted badly now. All of us as individuals, communities, Councils and Central Government need to confront this reality.

A good start in recognising the reality of climate change would be for the Council to sign the Mayoral Climate Declaration.

The next step must be to map the infrastructure and other assets at most risk from storms, sea level rise etc.  It is not just the State Highway at risk – there are millions of dollars of Council assets such as local roads, community buildings, storm and wastewater facilities which are potentially at risk.

“Canterbury and Hawke’s Bay, followed by Waikato (mainly Hauraki-Coromandel), have the most buildings of all types in the 0–1.5 metres elevation zone.” 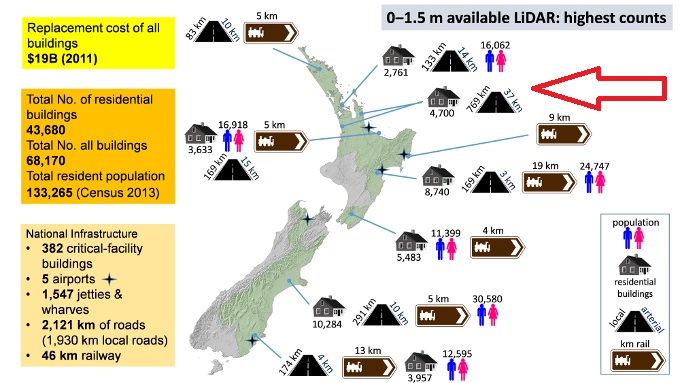 Thames Coromandel (plus Raglan area) has 769 km of local roads and 37 km of arterial roads at risk from climate change hazards. We need to know which areas are most at risk and where ratepayer spending should be best directed.

Ryan Paulik, hazards analyst at the National Institute of Water and Atmosphere (NIWA) says flooding caused by rainfall is one of New Zealand’s most frequently damaging and disruptive natural hazards and is expected to increase under climate change scenarios. Information was urgently needed to help identify high-risk areas and prioritise mitigation work.

Scientific models are already being produced across New Zealand for Councils to identify how flood risk – including coastal flooding and erosion – may evolve in their area using RiskScape software developed by NIWA and GNS Science.

Thames Coromandel District Council and local communities need to urgently make sure they are involved with RiskScape so that they can work out priority areas for spending to protect vital infrastructure from climate change impacts. Otherwise, the current piecemeal ad hoc approach of “ambulance at the bottom of the cliff” approach of reacting to road closures will continue and just get worse.