But Thames Coromandel Council Still Not With The Program

The new President of Local Government New Zealand Dave Cull has issued a strongly worded statement with a blunt message to whoever becomes the government on 23 September – climate change must be a top priority for a new government and it must act quickly on climate change to ensure New Zealand communities are well prepared for rising sea levels and greater storm frequency.

“There is no more time for inaction, we need whoever is in government after 23 September to set some firm goals and strategies for both mitigating and adapting to climate change,” Mr. Cull said

This follows the July Local Government Leaders Declaration on Climate Change which has now been signed by 46 leaders of regional and district councils throughout New Zealand. Local Government NZ has also issued a Position Statement on Climate Change which calls for more help from central government, but also much more action by Councils themselves to reduce emissions, and to make adaption plans.

The list of signatories now includes both Hauraki District Council and the Waikato Regional Council but conspicuously absent is the Thames-Coromandel District Council. For a coastal District, this is an embarrassment.  The Council must up its game and get with the program.

The Council should have no problem in signing up to the Declaration because it meets the requirements Council has asked for – including a much larger commitment from central government to help it with adaption.  More importantly,  several low-lying Peninsula towns are at greater risk from rising seas than some major coastal cities. (more on that later), and TCDC has over 400km of coastline – one of the largest of any Council in NZ.  What better reason could any Council possibly have?

Here are some slides from the Local Government New Zealand Manifesto to be presented to the incoming government on 23 September:- 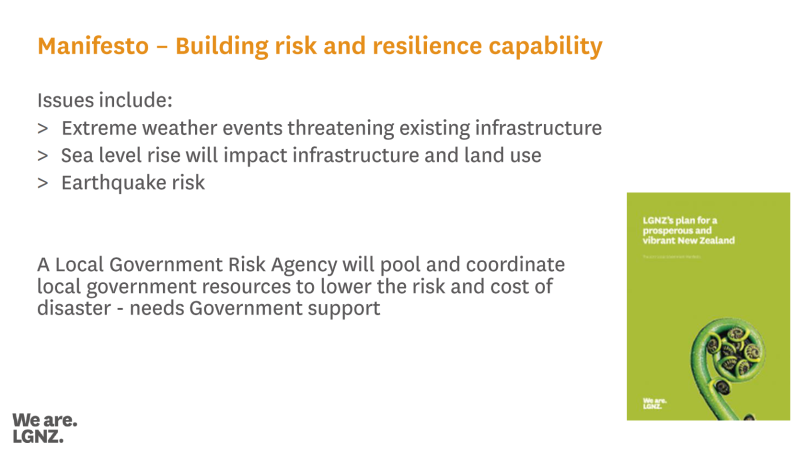 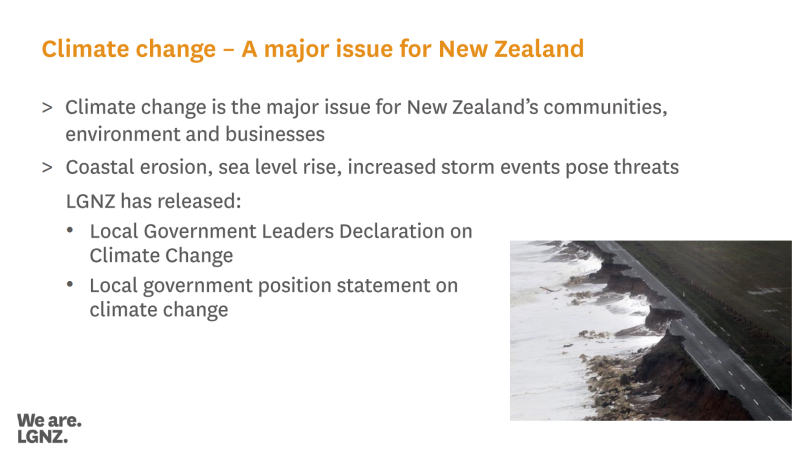 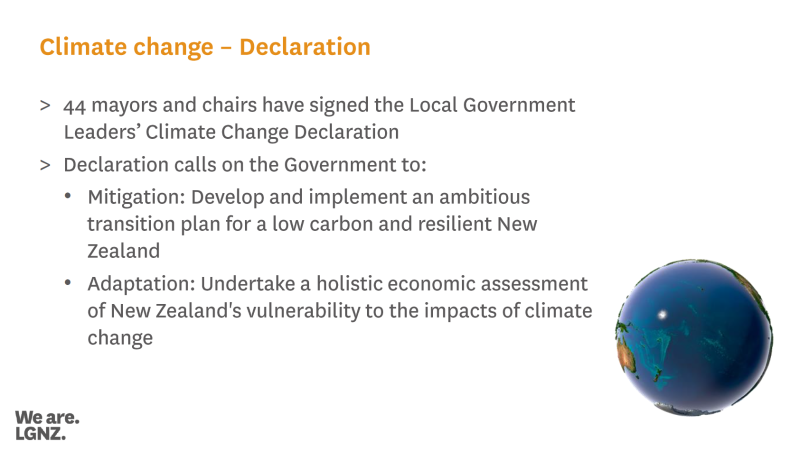 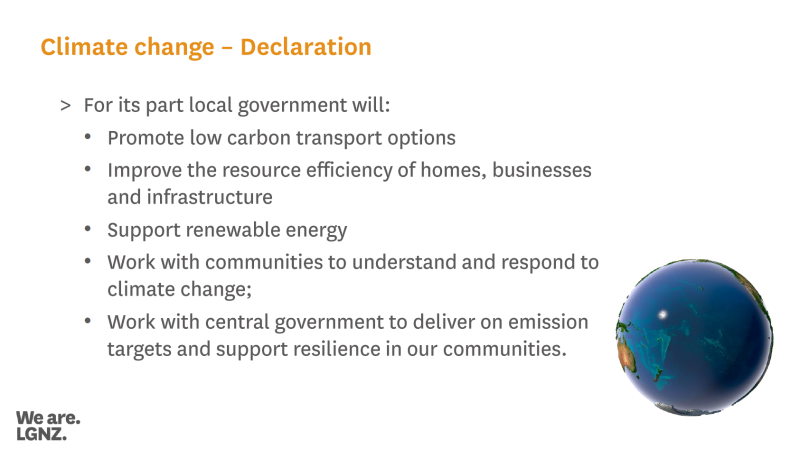 So come on TCDC – if your parent body and 46 other Councils are saying climate change must be a priority – why are you not making it a priority also?

A good start would be to partner with the Regional Council and quickly identify those areas at most risk from rising seas and sea flooding.