I recently wrote that the cost of repairing local roads after the January 5 storm surge event was $3.8 million.

Turns out that is peanuts compared to the cost (so far) of repairing the State Highway on the Thames Coast between Kurunui Bay Thames and Wilson’s Bay.

The New Zealand Transport Authority has advised that the cost so far is $17.45 million!  NZTA say this is not the final cost as the work will not be completed until the end of this year.

These are the present-day effects and costs of climate change and sea level rise.  The storm surge we experienced on 5 January was on top of the sea level rise so far of around 25 cm.  This made the sea level higher and therefore more able to overtop coastal protections and move further inland with more force.

It’s just a small taste of what is coming in future decades as sea levels continue to rise and present-day 1-in-100-year storm surges become ever more frequent and more damaging. (every 4 years with just 30 cm of sea level rise) 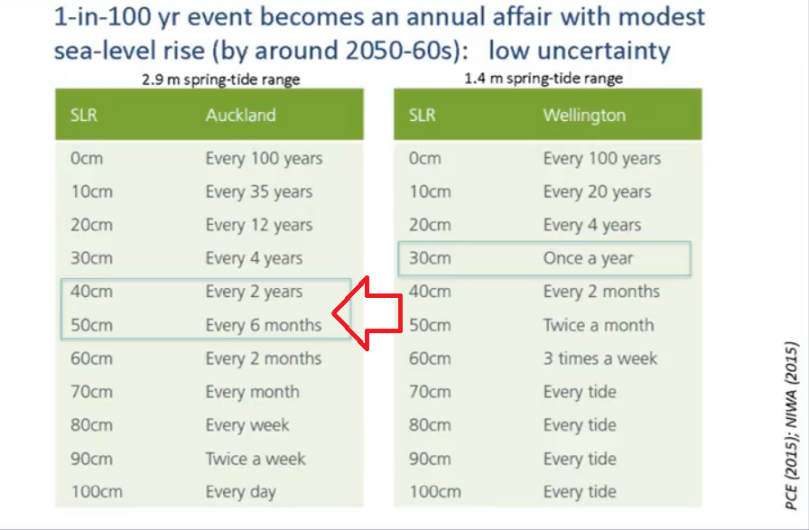 As ratepayers and taxpayers, we have had to cough up over $20 million to repair essential road links after just one storm event.  Thames-Coromandel has 400 km of coastline and almost all of the vital transport links cross low-lying areas near the sea.

How long can we continue to bear these costs until some hard decisions will have to be made about no longer continuing to maintain roads and eventually road closures?

Rather than adding to the risk by promoting $20 M swimming pools on hazardous coastal land we urgently need a local and national strategy to plan how we are going to keep vital road links open and how we are going to fund them.  If you think fuel taxes are too high now – you ain’t seen nothing yet.  Time to go electric!