Two recent stories in local papers illustrate how serious climate change impacts,  have encouraged landowners to take the law into their own hands.  In Kaiaua an illegal stop bank has been built to try and hold back coastal inundation, and an illegal groyne has been placed on the beach at Flaxmill Bay in an attempt to reduce erosion.

Equally disturbing is the inconsistent stance and double standard of Waikato Regional Council.  In Kaiaua WRC insist that the illegal stopbank is removed and requires the correct legal process to be followed.  Meanwhile, at Flaxmill Bay WRC will not be taking any enforcement action and will allow the illegal sandbag structure to remain on a public beach.  An illustration of the political clout of wealthy coastal property owners.

There are two takeaways from this – 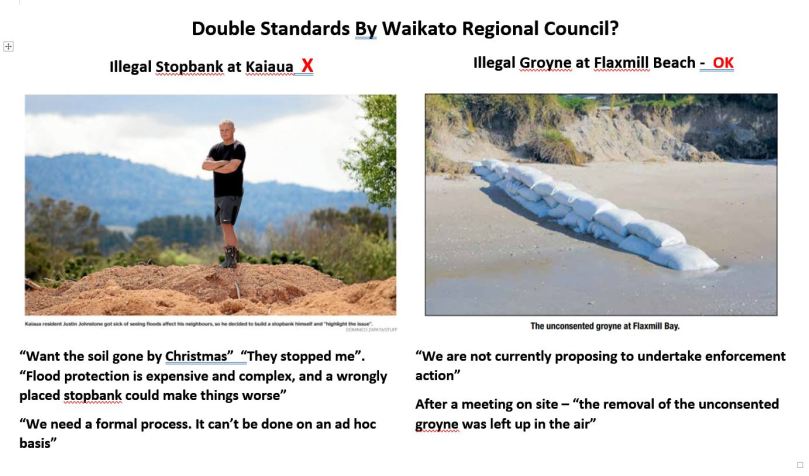