Thames Coromandel Council has issued a press release on their first steps to develop local shoreline management plans.   This is positive news but is tempered by an October 2018 report from the U.K.’s Committee on Climate Change (CCC).  This UK report reveals major failings in similar UK coastal adaptation plans.  They are hopelessly optimistic and have not been adequately funded. It will be uneconomic to defend 30% of the UK coastline. Thames Coromandel has much to learn from this report.

In New Zealand, Hawke’s Bay councils have led the way on how to respond to coastal flooding and erosion.  Key to their planning has been Shoreline Management plans.  The Shoreline Management Plans (SMPs) are high-level, non-statutory plans that identify responses to long-term coastal changes due to climate change. They were first developed in England and Wales between 1994 and 1999 and underwent a major revision there between 2006 and 2011

Thames Coromandel District Council is following this blueprint and has begun work on Shoreline Management plans around the Coromandel Peninsula. As a first step, TCDC announced they would be flying drones over the Thames coast to assist with an aerial survey.

The CCC warns that “it would be uneconomical to protect about 1,600km of coast — or 29% of the English coastline — if sea levels rose by an expected 1 metre by the end of this century.

If the UK –  with a centuries-long history of coastal protection cannot protect one-third of its coastline, what does this mean for New Zealand’s and the Coromandel’s coastline? 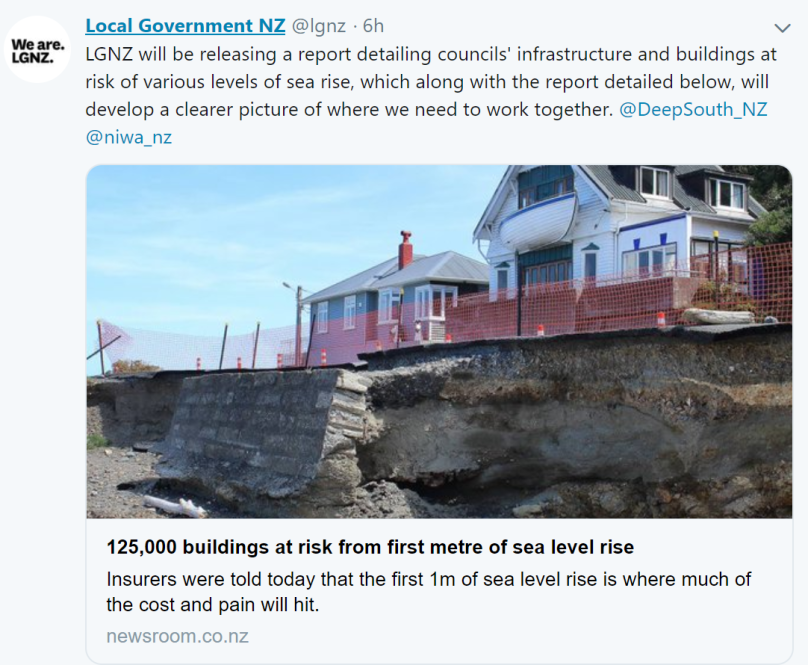 Surely it means that not everywhere on the Coromandel coast is going to be protected and some really tough strategic decisions are going to be made.  Surely it must also mean that it is just crazy to promote major new infrastructure in areas known to be subject to coastal flooding risk such as the Thames airfield site for a new swimming pool.

The other key lesson from the UK report is that funding and major law reform from Central government is going to be required to relocate many thousands of people back from the coastline.

The CCC’s chief executive, Chris Stark, told BBC News: “People know sea level is going to rise – but they haven’t grasped how bad this could be for them.”

His colleague Professor Julia King added: “We’ve got to wake up to the fact that we’ve got some very difficult challenges ahead.”

“We need local councils to have some honest discussions with people to help them prepare for the difficult choices they’ll face.”

The report says many coastal communities are particularly vulnerable because populations in coastal areas are often poorer and older than the UK average.

So while TCDC is to be congratulated for taking these first tentative steps to develop SPMs there are real dangers in over promising defensive walls and other defensive structures when there is no funding secured to pay for them, and the thorny of issue of “Who Pays” has not been resolved.   We have much to learn from the UK experience.