In previous posts I have highlighted how land subsidence in the Lower Firth of Thames, and along the Thames foreshore significantly increases the risk of sea level rise.  The subsidence rate has to be ADDED to the sea level rise rate.  I also posted how a recent study in San Francisco Bay calculated that the areas which could be flooded from the sea could be doubled when land subsidence is taken into account.

A new study suggests that sea level tidal gauges do not properly account for land subsidence, severely underestimating the amount of sea level rise in coastal areas like Thames and the Hauraki Plains. 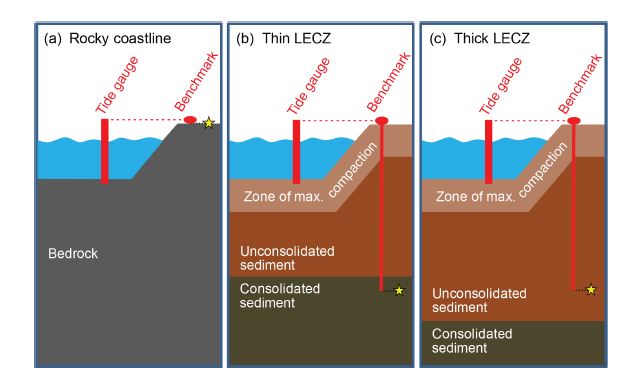 The new study has shown that there is a way to get better readings by using surface-elevation tables to measure shallow subsidence. Those mechanical instruments are already used to record elevation change in wetlands. The table, a metal arm that juts out parallel to the swamp’s surface, is anchored to a pole driven deep below. Twice a year, a series of pins are lowered from the table until they just touch the marsh surface—giving a regular measure of how fast the surface is sinking relative to deeper layers 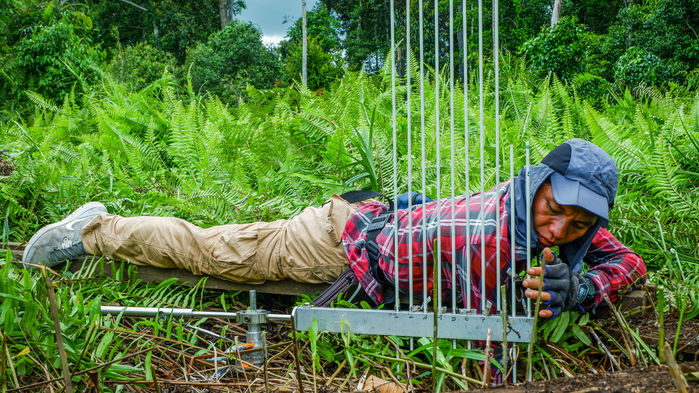 The data from these surface elevation tables can be combined with GPS and satellite measurements to get a better handle on actual sea-level rise. It was through data from those readings that led scientists to conclude relative sea-level rise is a much bigger problem than originally anticipated.

I am advised that land subsidence on the Thames foreshore will be studied when Thames-Coromandel District Council begins developing its Shoreline Management Plans.  I’m also told that Waikato Regional Council is contributing additional funds and expertise towards local land subsidence investigations. I have been asking for these subsidence studies for over a year, so it is great news that hopefully, they will soon begin.

This new method of gathering subsidence data using surface elevation tables to measure shallow subsidence could easily be deployed locally.  Compared to other methods they are relatively cheap and easy to deploy.

Land subsidence combined with sea level rise has already been identified as an extremely serious issue for Thames Township.  Thames Coromandel District Council has been receiving numerous reports on this issue since the Moanataiari seawall was reconstructed 15 years ago.

Subsidence data was recently taken at the Richmond Villas, Thames site which showed an annual rate of subsidence of 13 mm a year in shallow sediment to 30m depth.

Now with three measurement options available, – tidal gauges, satellite measurements, and surface elevation tables – they all must be deployed urgently to work out what the local current rate of land subsidence really is.  Sea Flooding maps can then be produced which take account of land subsidence.  (the Waikato Regional Council inundation tool does not presently assess the added risk arising from land subsidence) We can then begin effective adaptation planning and work out how big the threat is and how the community should respond.