The country’s electricity grid operator, Transpower, has just released a report which confirms that a renewable future is the most affordable for New Zealanders.

The Report called The Sun Rises on a Solar Energy Future, takes into account new technical work done by Transpower around battery technology.

If the Government is serious about acting on climate change, we should see a 2019 Budget brimming with commitments to help solarise New Zealand.

“This report is a game changer. It’s the most disruptive study to emerge in the New Zealand energy space, and it’s exactly the sort of forward-thinking our Government should be taking notice of,”

This report busts every myth the energy industry has been spinning around why we can’t have solar in our country.

Myth – NZ is not sunny enough

The report says many parts of New Zealand enjoy more sun than parts of the world where solar generation is already common, and the quality and availability of New Zealand sun is no barrier to a thriving solar energy system. 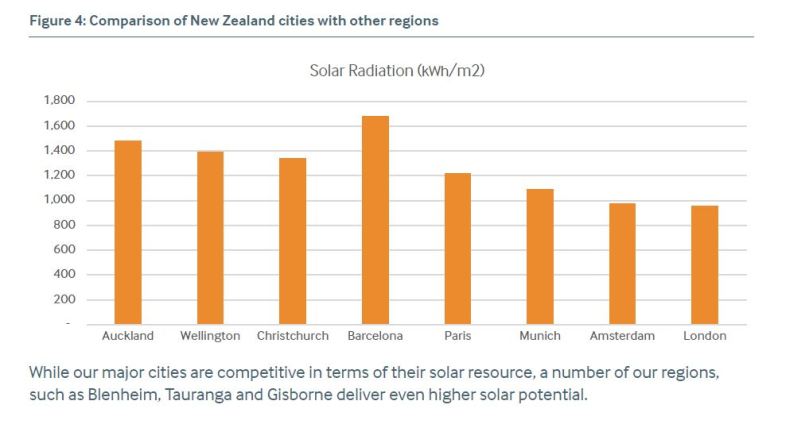 Myth – Solar is not economic

It also rejects the notion that solar doesn’t make economic sense in New Zealand. Utility level solar is already pricing on par with gas-fired peaking power stations, and solar is set to become the world’s cheapest form of energy. 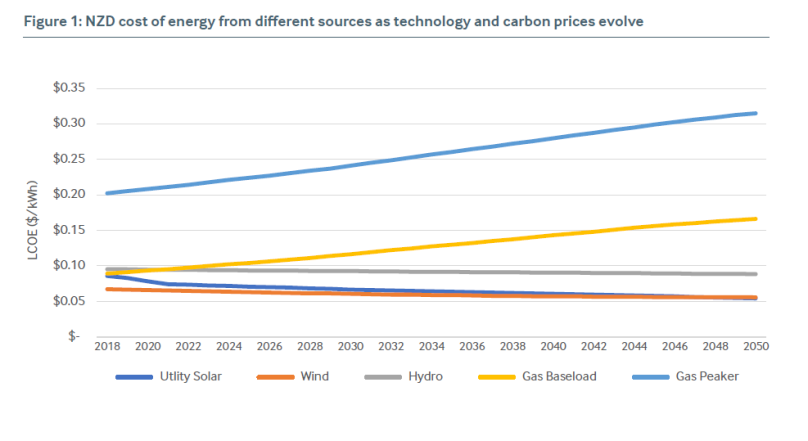 This is also wrong. New Zealand could have 16GW of distributed solar installed by 2050. Some commentators have questioned whether this is possible. The good news is it is. Today, New Zealand has 1.8 million residential households and over 300,000 business electricity connections. If they all installed embedded solar right now we could generate approximately 11 GW. The solar potential of the ubiquitous rooftop could reach 27GW by 2050.

Myth: Our grid won’t be able to handle all the distributed solar

Wrong. By exploiting the natural partnership between solar and battery technology (and the utilisation of inverter capabilities), anticipated voltage constraints in electricity networks could be managed to enable networks to host 9-10GW of solar.

Myth: Solar panels weigh too much for commercial roofs

Again, this is not true. A typical rooftop solar panel weighs around 10-20 kilograms per square meter. This is light enough for most roofs to safely support. In fact, solar panels can protect a roof by shielding it from damage from light, bad weather and even helping regulate temperatures in the rooms below.

Summer is exactly the time of year we’re being flooded with clean energy from the sun. With proper investment in solar, we could have been protecting hundreds of thousands of people from rising energy bills, and alleviating pressure on our climate.

We’ve met less than four percent of our solar potential here in New Zealand. It’s time to seize the sun. 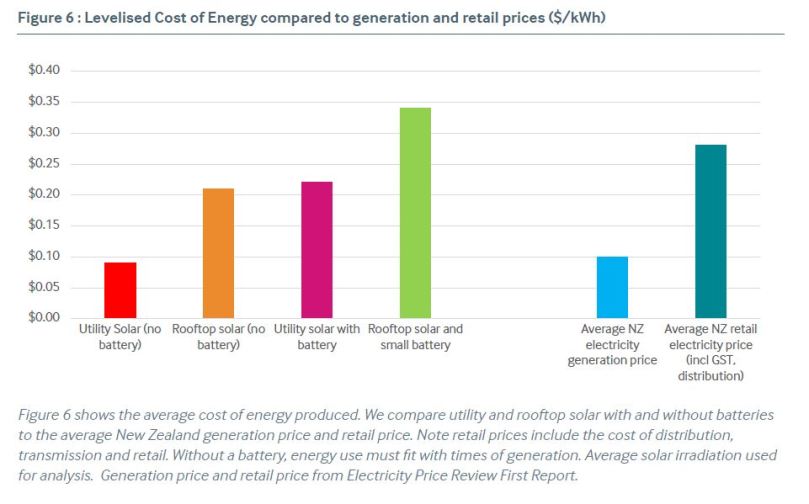 There’s no silver bullet in the battle against unmitigated climate change or in decarbonising our economy. However, what this work shows is that solar energy is certain to play an increasing role in our energy future and in our efforts to avoid a climate crisis.

The report is a reality check for the Government who must make urgent investment in the technology of the future.

To echo the Transpower report: ‘We can’t afford to wait for the future’. If the Government is serious about acting on climate change, we should see a 2019 Budget brimming with commitments to help solarise New Zealand.”